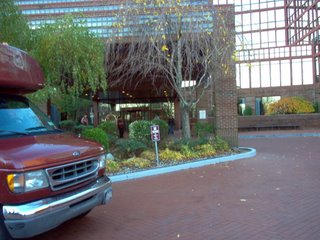 Back to our hotel in New York, you have already read the saga of our flight back from New York. But, what I haven't told you is that my letter to the ATA airline resulted in a return letter giving hubby and I two free round trip tickets anywhere they fly in USA. I'm not ready for another adventure just yet. We are anxiously waiting for second son and family to get on the road to Texas. They are waiting for his books to be delivered so they can bring them.
Posted by grandma1 at 11:17 AM 1 comment: 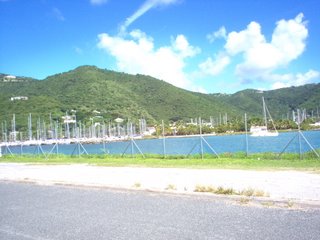 Our last port, we walked off the ship again and this time we only found tents with local people displaying their crafts and products. We had to pay cash for these things and quess what I was running our of cash. I did manage to buy Melissa a basket to be used as a sewing basket. I bought Michelle a t-shirt. It was too far to walk into town and too hot to try to find other transportation.

Tortola was described as a pirates den and remained the haunt of the infamous pirates. The English planters were more interested in piracy and smuggling than agriculture. In the 1700s experienced planters and hardworking Quakers displaced them and made the island prosper with sugar, cotton, indigo and rum. 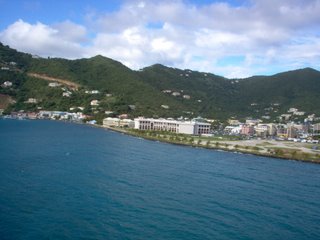 Dominica is halfway between Puerto Rico and Trinidad & Tobago in the group of islands known as the Lesser Antilles. It is often known as the nature island of the caribbean. This is another sugar plantation island.
Posted by grandma1 at 10:48 AM No comments: 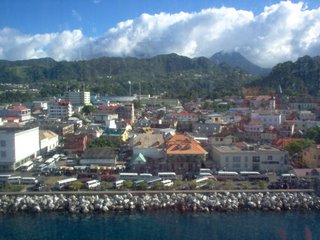 We sister-in-law, her hubby and I walked off the ship to the shopping mall at the end of the pier. It was very, very hot. I found a very lovely pair of leather sandals got a good price. I tried to buy a diet coke, I gave the clerk a twenty dollar bill for a 4.00 diet coke. He tried to give me the local money Eastern caribbean dollar or Bee Wee, I knew I could never get rid of that and I wasn't about to pay 20.00 for a diet coke. I bought more nutmeg for the people in Texas. I braved the heat out side and found a table full of shells. I found one large shell and two smaller ones for only 7.00. I bought a lovely T-shirt for me with a bright red flower on the front.

We spent the rest of the time in port in the lounge on top watching the unfolding drama on shore. It is very interesting how many passengers push the limit past the deadline to be on board and then come wandering on the the ship at the last minute. I could never do that I would be afraid they would leave me.

Grenada was sighted by Christopher Columbus on his third voyage in 1498, french settled the island. This is another Bristish island.
Posted by grandma1 at 10:21 AM No comments: 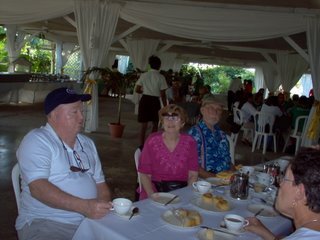 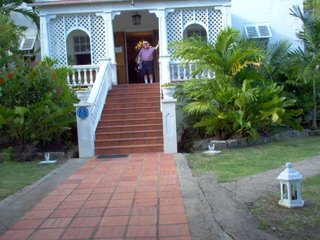 Sunbury Plantaton House is over 300 years old, and creates a vivid impresion of life on a Sugar estate in the 18th and 19th centuries. We had tea in the garden, cream cheese sandwiches along with tuna fish sandwiches, pound cake, shortbread and tea. One of the first settlers on the island Matthew Chapman, an Irisman build Sunbury House.

I quess I should be glad I got both pictures on the blog the first one is myself, hubby and Jim having tea in the garden.

Barbados is another British island, a very beautiful island. They have oil wells on the island which are working by the way. Most of the oil wells in Texas are not working. They have to send their oil to Trindad to be refined and then import it. They pay $7.50 a gallon for gas. Traffic was so heavy we were stuck in a traffic jam in down town Bridgetown on the way back to the ship, everyone was drives in Barbados. We drove through a part of town that never closes down, houses of the evening, bars and dance halls never close.

Houses were very small and seem to have several generations living in them. It takes them several generations to finish paying for a house. If a man takes out a mortgage it may be paid off by his grandson. Payments seem to be about $7.00 to $10.00 a month, very hard for us to understand.
Posted by grandma1 at 2:31 PM No comments: 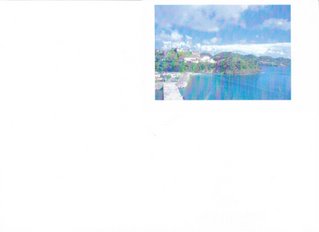